After more than a decade and many detours and bumps along the way, the Odessa Spanish congregation realized their dreams of building a new church facility. After lots of prayer, dedication and assistance from a dedicated team of men and women with Maranatha Volunteers International, the Odessa Spanish Church hosted the grand opening of its new facility on June 14, 2019. The next chapter in the story of the Odessa Spanish church family is nothing short of the miraculous evidence of God’s faithfulness. These members are anxious for their new church home to be a place where they can continue to grow in their mission to reach their community with the good news of Jesus’ soon return.


Jorge Poveda was born and raised in Guayaquil, Ecuador. In 1994 Pastor Poveda attended an evangelistic series given by Pastor Alejandro Bullon and he gave his heart to Jesus. Later, while studying in the Public Medical School of Guayaquil, he felt a calling to pastoral ministry. In 1999, Pastor Poveda attended Southwestern Adventist University and graduated with the bachelor’s degree in theology. He later completed his Master of Divinity degree from Andrews University. Pastor Poveda has been a part of the Texico Conference family since 2002. He is currently, the pastor of the Midland and Odessa Spanish Seventh-day Adventist Churches. 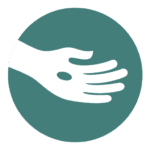